The Album That Never Was, Part 2 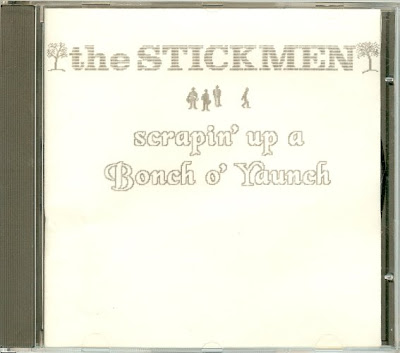 Lead singer Matt Munson drove a good deal of the band’s vernacular. The word “yaunch” was an unflattering synonym for “girlfriend.” Spelling was approximate; it was correctly pronounced more like “yoynch,” with a high, nasally accent, like a miniature jet airplane shooting past. I believe the term was learned from one of Matt’s coworkers at The Wherehouse, who picked it up from a hardscrabble existence on the mean streets of South Central Los Angeles.

The rest of the CD cover is pretty much Macintosh clip art and font-foppery, circa 1992-3, courtesy of yours truly. I remember Vic liked the people figures. 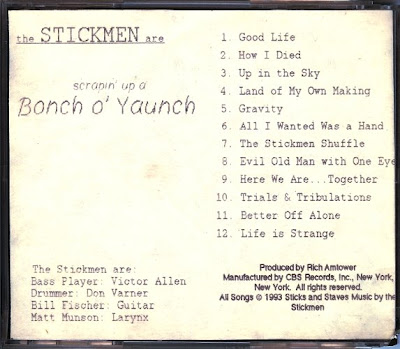 Interesting choice of material. It appears that Scrapin' was aptly titled, featuring several of the
Posted by Swamptooth at 9:24 PM